What can a Bay Area job get you in Fort Wayne? A remote worker for Netflix shares his experience

By Elevate Northeast IndianaDecember 2, 2020No Comments

What can a Bay Area job get you in Fort Wayne? A remote worker for Netflix shares his experience

If the COVID pandemic has an upside, it could be the realization of how easy it is for employees to work remotely. And if they can work remotely, that often means they can work anywhere, keeping jobs with high salary potential, but living where costs are cheaper. 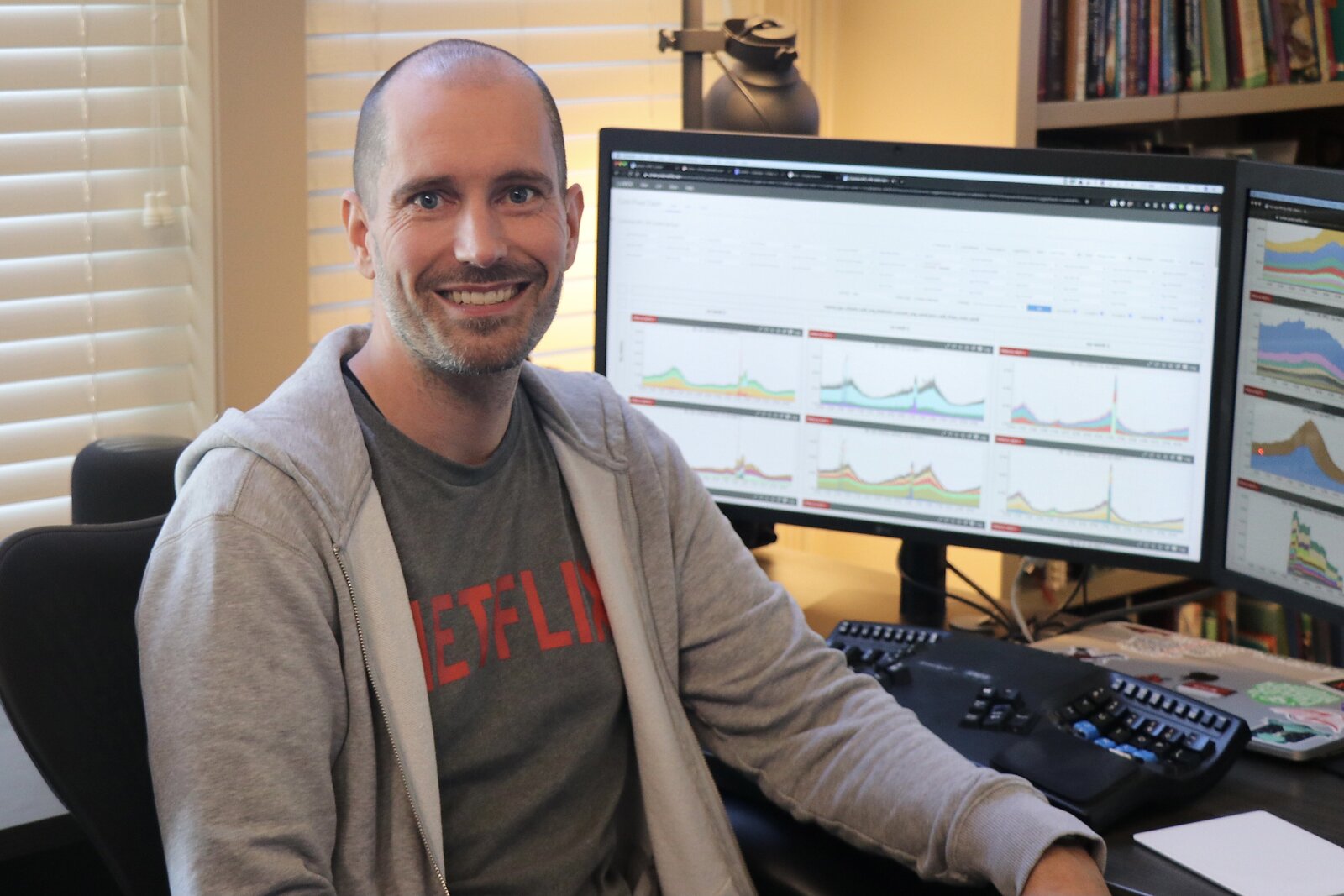 Tim Harvey brought his Netflix job with him to Fort Wayne two years ago. He continues working remotely for the Silicon Valley-based employer.

Such an opportunity presented itself to Tim Harvey about two years ago. He had been working in Silicon Valley when his aging parents needed him to move back home to Fort Wayne where he and his wife grew up. Since then, he has been able to relocate his family while continuing to work from home.

Harvey is a Senior Site Reliability Engineer for Netflix. His team is responsible for ensuring the reliability, uptime, and innovation side of operations for the streaming media service provider.

“When there’s an issue with the Netflix service—the streaming side of things—we get paged in to do instant management, coordination, and communication for those kinds of situations,” he says.

He and his team then follow up on the issue, and report back with any lessons learned, creating a feedback loop to help engineers understand ways they, “can continue to move fast and continue to innovate, but also do that in a way that keeps our service reliable.”

Two years into his remote work, Harvey says working from home has been great for him and his family.

“I miss the face-to-face time (of being in an office),” he says, “but I find that working remotely has been a nice balance generally where there’s some time face-to-face. Mostly I can put my head down and work, avoid commute, spend more time with my family, and appreciate all of those things. I’m a person who enjoys quiet.”

It’s also helped his family save money. He and his wife have three school-aged daughters. Bringing them to Fort Wayne gave the family an opportunity to have a higher standard of living and be closer to extended family.

“We love the folks—friends and neighbors—we had in California,” Harvey says, “but there’s always a sense of uncertainty in Silicon Valley and the Bay Area where the rent is incredibly high, so you may not be able to renew your lease. You might be moving, which means changing schools. Coming to Fort Wayne was definitely a choice for some stability.”

Moving to Northeast Indiana means more space for the family to stretch out, too. Each of Harvey’s daughters now has her own bedroom—and her own pet.

“Those sorts of little tangible things, as well as intangible things like being close to family, seeing folks that they missed (are great),” he says. “They’ve really enjoyed the schools and the friends that they’ve made here. It’s felt really comfortable.”

The Northeast Indiana Regional Partnership, in collaboration with the Center for Regional Economic Competitiveness, offers a Cost of Living Calculator on the Partnership’s website. Users enter their base salaries in the first field, then select where they’re moving from and where in Indiana they are moving to. If someone living in San Jose, Calif., is making $50,000 and keeps that salary, but moves to the Fort Wayne–Allen County area, that person can save 72.76 percent in housing, 28.74 percent in groceries, and 15.73 percent on healthcare.

These are the types of benefits that can tip the scales for families and individuals on the coasts to relocate to Fort Wayne, says Rachel Blakeman, Director of the Community Research Institute at Purdue University Fort Wayne.

“Realistically, this change in the work dynamic and the opportunity to work from home all of the time—especially for these large Bay Area companies—is really going to be a great opportunity to bring people back to Northeast Indiana who already have connections here,” Blakeman says. “It could be an opportunity for people who have a lake cottage in Kosciusko, Noble, Steuben, or LaGrange counties. You might then decide you want to live in your lake cottage year-round. Or if you have a situation where you’ve been thinking about moving back to Wells County or Allen County because you have family there, but you’ve got a great job in the Bay Area, Seattle, or Portland, and now that company is allowing you to work from home permanently, then you may decide to come back home.”

Blakeman says it will be a year or so before the data comes in telling just how many people have migrated to Northeast Indiana from other locales since the onset of COVID-19. The data is not tracked in real-time. She advises people to have realistic expectations, though, about any type of mass migration to the area.

“While there’s a possibility of us receiving folks who are now given the opportunity to move to wherever they would like,” she says, “I think the actual number is actually going to be marginal in terms of scale of what we’re looking at. I think your best bet is going to be to recruit back local talent to live here.”