By Elevate Northeast IndianaAugust 5, 2020No Comments

Hard work and patience paid off during 2019 for several northeast Indiana entrepreneurs, both in recognition and funding for their blossoming businesses. 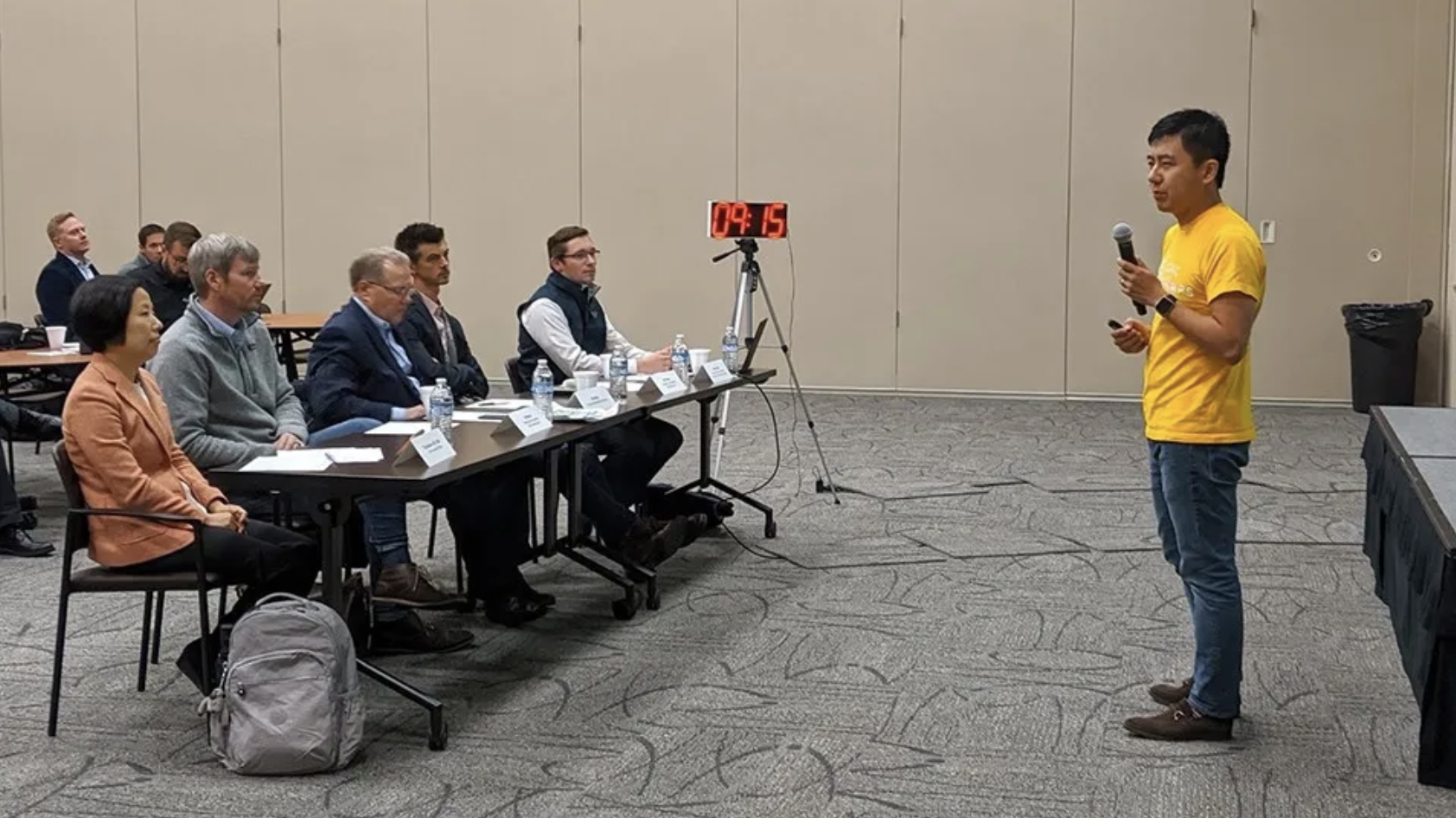 Close to $10.5 million in equity investment went to half a dozen companies coming into their own in northeast Indiana. And half of those businesses had received entrepreneurial support organization help from the Northeast Indiana Innovation Center.

“Despite a challenging early-stage capital access environment in the Midwest, we are thrilled that outside investors saw the unique value propositions and market opportunities for significant investments in Allied, BioPoly and Stre.me,” Karl LaPan, the NIIC’s president and CEO, said in an email.

“Clearly, it shows that compelling ideas with solid management teams and well-defined market niches can over-achieve their outside investment goals.”

The most recent entrepreneurial achievements were announced Dec. 19 by Elevate Ventures, a statewide nonprofit investment and entrepreneurship development and advocacy group, which manages the Indiana Angel Network Fund and the Indiana Seed Fund.

Of 75 applicants, 67 finalists were invited to compete in Elevate’s Nexus Region Pitch Competitions in October, which provided the entrepreneurs 10 minutes each to convince a panel of regional judges their companies would be the most likely to provide the best returns on seed and pre-seed investments.

In addition to the funding, competition winners became Elevate portfolio companies and gained access to its network of advisers and resources, the announcement said.

The winners also were invited to pitch to judges in a similar, statewide competition with $40,000 pre-seed and $100,000 seed investments. That event will take place April 14 as part of Elevate’s annual Kinetic conference.

The website of Eclipse Orthopaedics boasts the business founded a little more than five years ago has “solved one of the biggest technical challenges in orthopaedic trauma – locating and drilling pilot holes for intramedullary nails.”

Because they have to drill pilot holes through bone and locking holes in the nail while it is hidden from view, surgeons have been using fluoroscopic C-Arm machines for guidance, which can lengthen surgery times and increase blood loss and radiation exposure as well as the risk or extremity malrotation or fracture.

Eclipse has been developing a Radiographic Targeting Attachment fluoroscopic targeting device, which its president, David Rich, described in a 2018 government grant filing as a “safer way to locate distal holes….

“The RTA combines a small X-ray source and a drill attachment that when paired with the imager and drill will become a fluoroscopically guided drill that locates and drills holes in one operation,” the filing for the Small Business Innovation Research and Small Business Technology Transfer grant programs said.

CoolCorp is a cryotherapy products S-corporation founded in 2016 by Wesley Gensch, who learned a lot about cryotherapy through personal experience as an injured pitcher on a baseball team at Grace College in Winona Lake.

The CoolCorp lineup includes products that have cooling gelpacks capable of wrapping all the way around an injured limb, with personalized air compression. Its systems also have a stay-cool, moisture-wicking inner fabric to minimize the mess typically associated with icing therapy for injury recovery.

The products can be ordered via the company’s website at www.coolcorpinc.com/collections/all, which shows them ranging in price from about $30 to about $150.

The company outsources parts production to a Fort Wayne manufacturer and handles product pre-assembly, inspection and shipping in addition to sales.

CoolCorp already has a highly sustainable profit margin doing builds of 100 and expects to see its cost-per-unit drop 10% to 20% as its volume increases tenfold and more.

The day before Elevate announced the $80,000 investments in CoolCorp and Eclipse, BioPoly, LLC. said it had fully subscribed its latest private equity financing round of $2 million by $890,000.

Funds from the private equity offering “will be used to bring products to the U.S. market as well as launch product line extension for products currently approved for sale in Europe,” BioPoly said in the announcement.

The company has developed a unique BioPoly implant resurfacing material – a patented combination of hyaluronic acid (the Bio) and ultra-high molecular weight polyethylene (the Poly).

“The material behaves like a synthetic cartilage, allowing the implants to replace the damaged cartilage of a patient’s joint rather than the entire joint. The minimally invasive surgical procedure enables patients to quickly return to active, pain-free lifestyles,” the announcement said.

“In addition to resurfacing, the BioPoly material also has application in total joint reconstruction as a bearing component. Testing has revealed that BioPoly wear properties are superior to current orthopedic materials and could result in longer lasting total joints for patients.”

Allied and Stre.me are operating out of the NIIC at 3201 Stellhorn Road in Fort Wayne and BioPoly operated out of the center for years before moving to its own building at 7136 Gettysburg Pike in Fort Wayne, where it is ISO 13485 certified.

Founded by Jack Patton, Stre.me helps users set business goals then track and visualize their daily progress, invite accountability partner participation in the tracking, and set up nurturing messages. It provides this help through a progressive web app, which can be used in mobile as well as desktop versions.

Plymouth invested $4 million in Allied, which established itself as a leading innovator in the financial services industry by being the first to market with a photo bill pay product it calls PicturePay.

PicturePay automatically pulls all the information needed to pay a bill from a picture taken of it with a smartphone, and then processes the payment with the user’s authorization via touch command.

The app includes options that allow users to specify an amount and a date for payment of a photographed bill. For bills that are paid in the same amount on the same date each month, there is an option that can use information from the photo to set up an automatic monthly payment.

And the app can be used to make a deposit into an account by shooting a picture of a check.

At the time of the investment early last year, Ralph Marcuccilli, the former chief information officer at Star Financial Bank who struck out on his own to start Allied in 2010, had added half a dozen products to its offerings since launching PicturePay, and built its customer base to about 250 banks and credit unions.

Fort Wayne-based 3BG Supply Co. attracted $3.4 million in equity investment from Plymouth and Elevate, according to Crunchbase, which did not say how much each invested.

3BG, a technology-enabled distribution business, referred to the Series A round investment led by Plymouth in an April announcement of its planned relocation to The Landing on Columbia Street from Berry Street.