Need a prototype of your product? This Fort Wayne venture is helping others get started

By Elevate Northeast IndianaAugust 25, 2020No Comments

Need a prototype of your product? This Fort Wayne venture is helping others get started

For generations, Fort Wayne has been known as a hub for manufacturing in the U.S., but there hasn’t always been an accessible way for would-be entrepreneurs to prototype their products here. 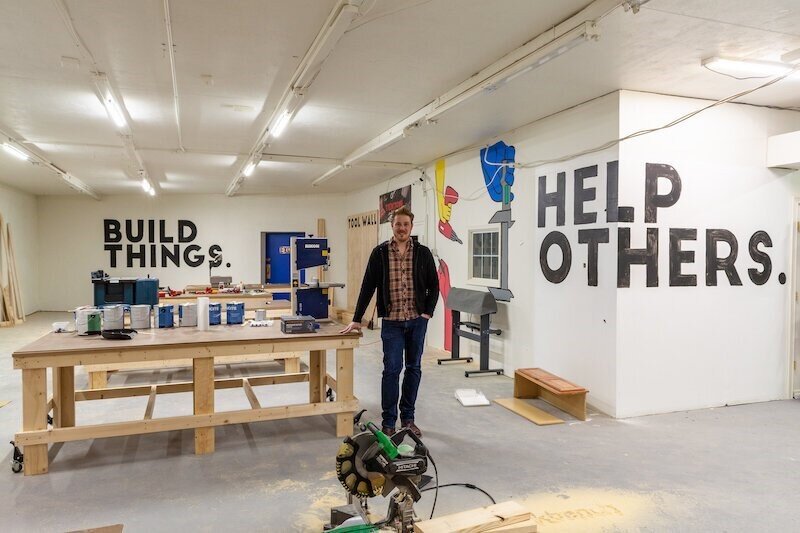 In 2019, Jon Rehwaldt launched The Workbench on the city’s Southeast side.

In 2019, Jon Rehwaldt launched The Workbench on the city’s Southeast side to do just that.

For generations, Fort Wayne has been known as a hub for manufacturing in the U.S., but there hasn’t always been an accessible way for would-be entrepreneurs to prototype their products here.

In 2019, Jon Rehwaldt launched The Workbench on the city’s Southeast side to do just that.

As a resource to design and prototype physical products for manufacturing, The Workbench provides up-and-coming business owners with the space, equipment, and services they need to turn their ideas into 3D realities. It focuses on digital design and fabrication, prototyping, and computerized production.

But The Workbench’s mission isn’t the only thing significant about this rising company. It’s also located on Fort Wayne’s Southeast side at 1830 Wayne Trace in the SEED Enterprise Center, which Rehwaldt believes brings new opportunities to an often-underserved part of town.

“The Southeast feels like downtown did in 2009,” Rehwaldt says. “It’s hard to explain, but there is tremendous energy here, waiting to transform this part of the community.”

Since the COVID-19 pandemic hit Fort Wayne in March 2020, The Workbench has stayed busy, too. In the first few weeks of the pandemic, it joined other Fort Wayne-area makers and tinkerers in fighting the spread of COVID-19 by making face masks and face shields for healthcare workers and first responders.

“While we started out using one 3D printer and sewing machine to do the same work, it became clear that our time was better spent consulting with people who were designing items to aid health systems worldwide,” Rehwaldt says. 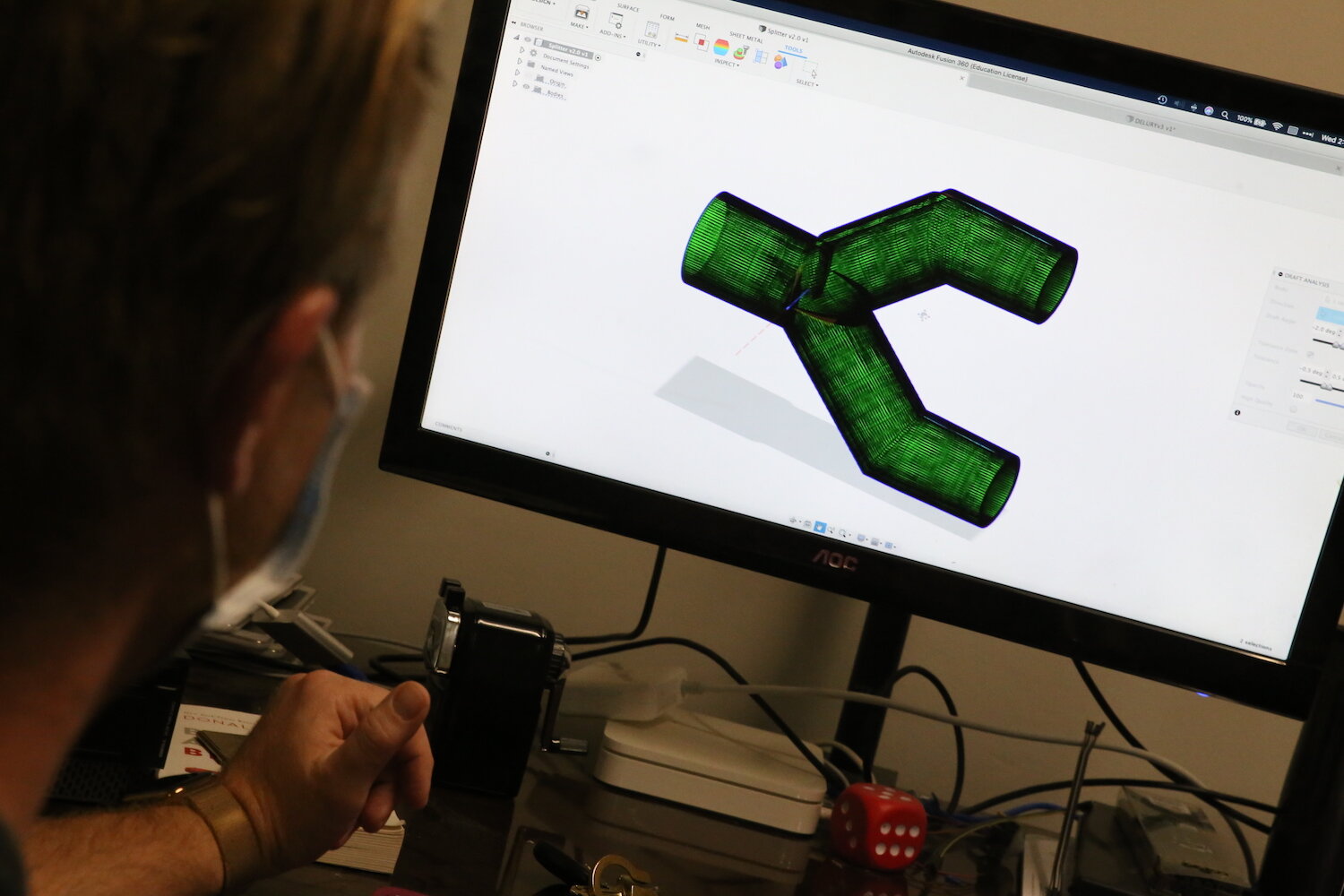 After regional manufacturers took over the mask and shield production, The Workbench pivoted to supplementary assistance that included designing and reviewing components for teams around the world, pressure analysis, and compiling results for use by teams designing emergency ventilators and PPE. (The Open Source Medical Supplies organization has compiled and made available research and analysis information on their Facebook page: OpenSourceMedical Supplies.)

“One of the best things that we contributed to was a database of mask filter materials and their compliance to standards,” Rehwaldt says. “Wearing a mask helps contain the spread of COVID-19, and the data on that is conclusive. Everyone should be wearing masks in public.”

Most of the Workbench’s clients are from the healthcare industry, which follows national trends for startups, according to Rehwaldt. Going against the grain, he also noted that his company primarily works with women.

“They see a problem, are ready to solve it, and want to work hard on building something,” he says. 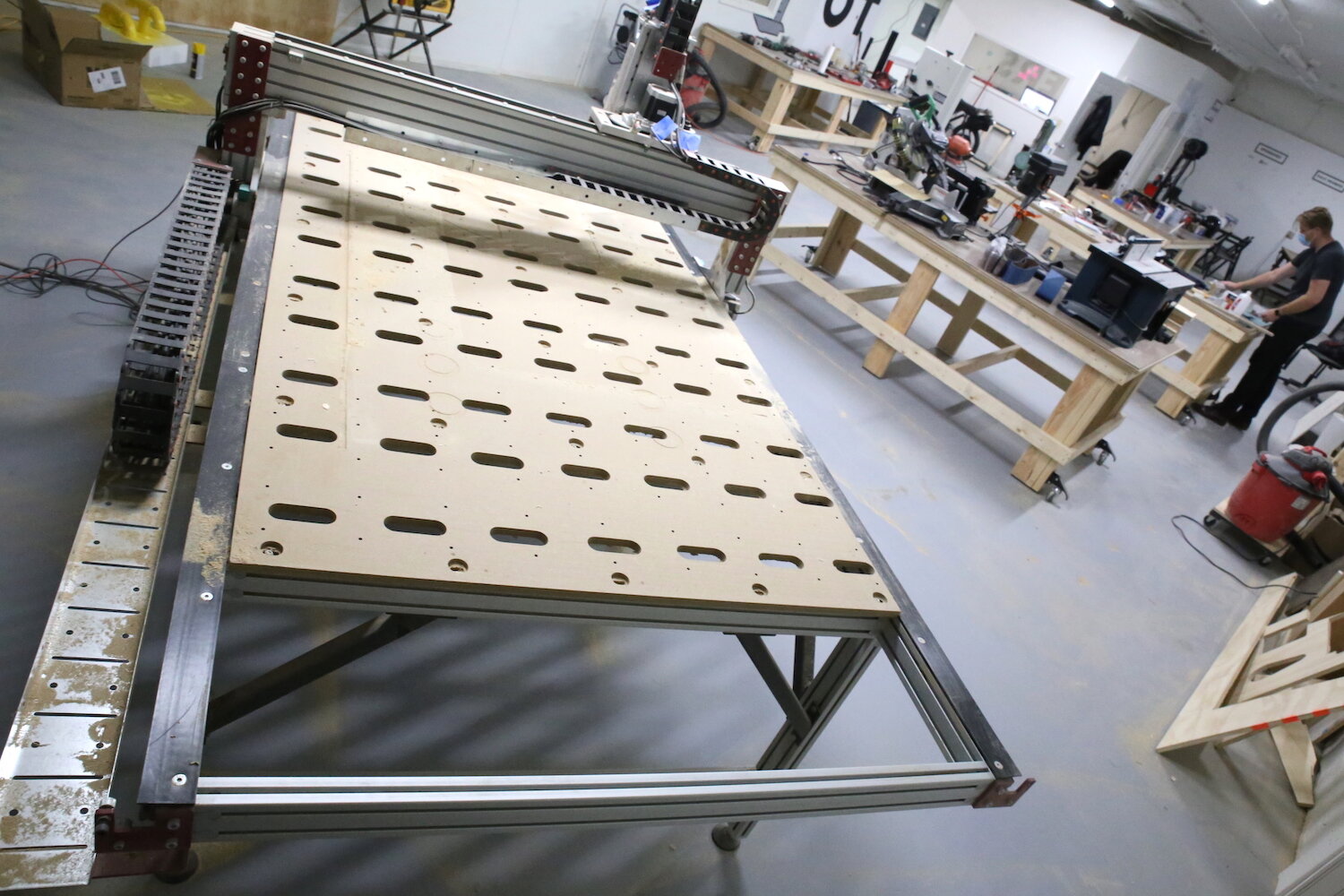 Since the company focuses on manufacturing, their clients make physical goods. Motorsports is a niche The Workbench wants to cater to, but they’ll need new equipment to compete.

In 2007, Rehwaldt moved to Fort Wayne to teach and coach at Concordia Lutheran High School. He still scratches that teaching itch as an instructor for the SEED’s Build Institute Fort Wayne program, which helps rookie entrepreneurs turn ideas into business plans and establish connections in the city.

“That first few weeks of figuring out how to make a business work is such a great journey,” Rehwaldt says. “It’s been awesome to be involved with so many businesses getting their start in Fort Wayne.”

For more information about The Workbench, visit their website at TheWorkBenchFW.com.