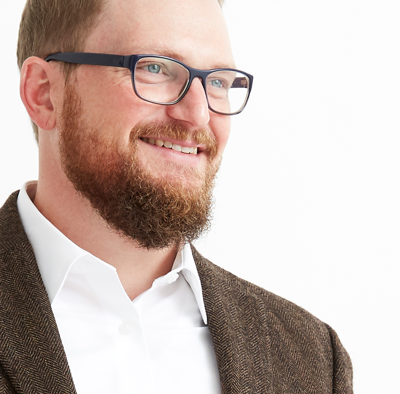 They had started the six-week program together late in April and concluded it by showing off pitches they honed to attract investment in their startups. The event took place virtually as a COVID-19 adjustment.

Patton is CEO of Stre.me, which helps human resources professionals and their employers minimize biases and resulting inequities.

The software-as-a-service platform it developed to accomplish that manages unconscious biases to improve patient satisfaction and outcomes and hospital profitability. But it also could prove useful for other types of employers, such as “law, health insurance, education, retail, banking and municipalities, specifically first responders,” he said in the presentation.

He could not have known when he started going through the gBETA program that tens of thousands of protesters would be clamoring in the streets for justice every night since May 25, when Minnesotan George Floyd died while begging police to allow him to breathe.

“Bias is pervasive, and every person has bias,” Anne Marie Labenberg, the company’s chief equity officer, said in an email after the pitch celebration.

“The recent demonstrations have greatly increased awareness of the effects of unconscious bias on others, specifically related to law enforcement, but also in the everyday lives of minoritized people,” she said.

“This focus on bias brings it to the forefront of the public’s view as a root cause of many inequities for minorities, especially black people of color in the United States.”

Because the curriculum is tailored to address the specific biases of individual employees, it helps them to identify, address, and manage bias in the future, she said.

“You cannot eliminate all bias, but STRE.ME’s system holds individuals accountable to manage their biases, make better decisions, and, in turn, reduce the bias and inequity that exists in all professions.”

Patton did not reference during his presentation the growing movement demanding immediate solutions to unfair treatment, violence and other problems that grow out of racial bias.

But, “cohort members and gBETA staff have noted and said that they are keenly aware of the intersection of the national conversation on bias and the timeliness of our launch,” Labenberg said afterward.

“This is the culmination of nearly 25 years of research between Jack Patton and I, so this has been a long time in the making for us,” she said.

“We are just grateful to have a small part in a solution that is ready to help when businesses and individuals are ready to heal and find new ways to move forward for a better community, country, and world today and in the future.”

U.S. hospitals and the Centers for Medicare and Medicaid spend about $270 billion each year on premature deaths and avoidable health costs as a result of biases and inequities, Patton said during his presentation.

“As an example, black patients are 51% more likely to die in the ER (emergency room) than insured white patients as a result of these biases and inequities,” he said.

“Beyond the impact of any one person, this is important because hospital executives must always find ways to increase their reimbursements, which are driven by measures like patient satisfaction scores and outcomes, all while costs are expected to increase 5.5% year-over-year through 2027,” he said.